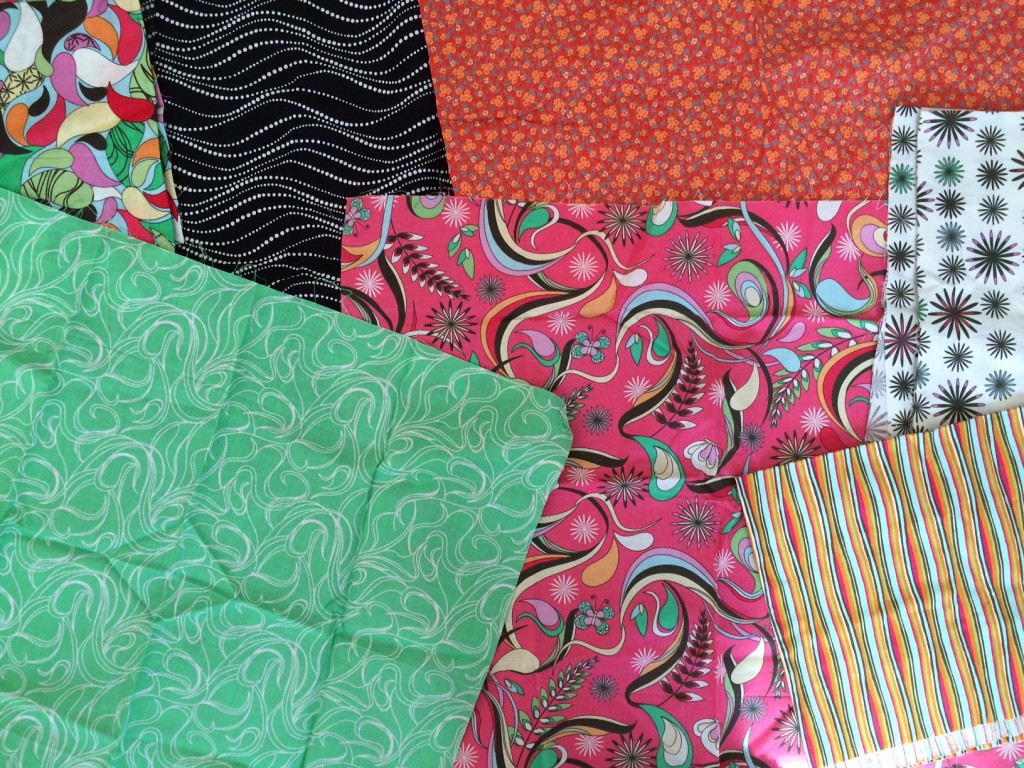 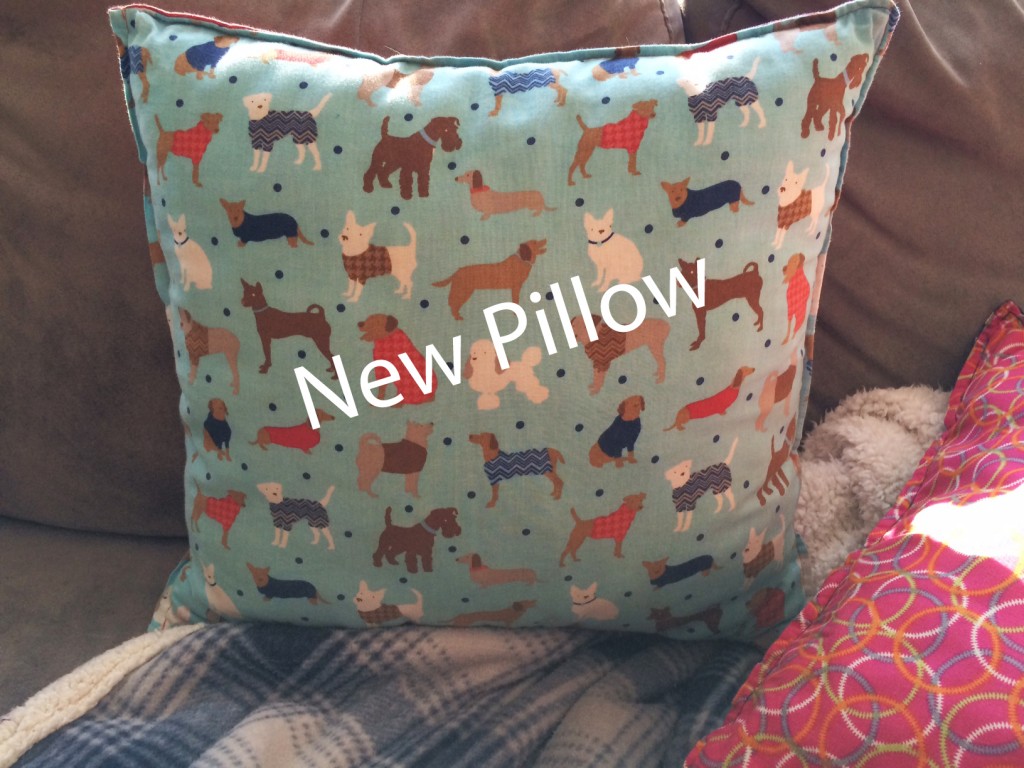 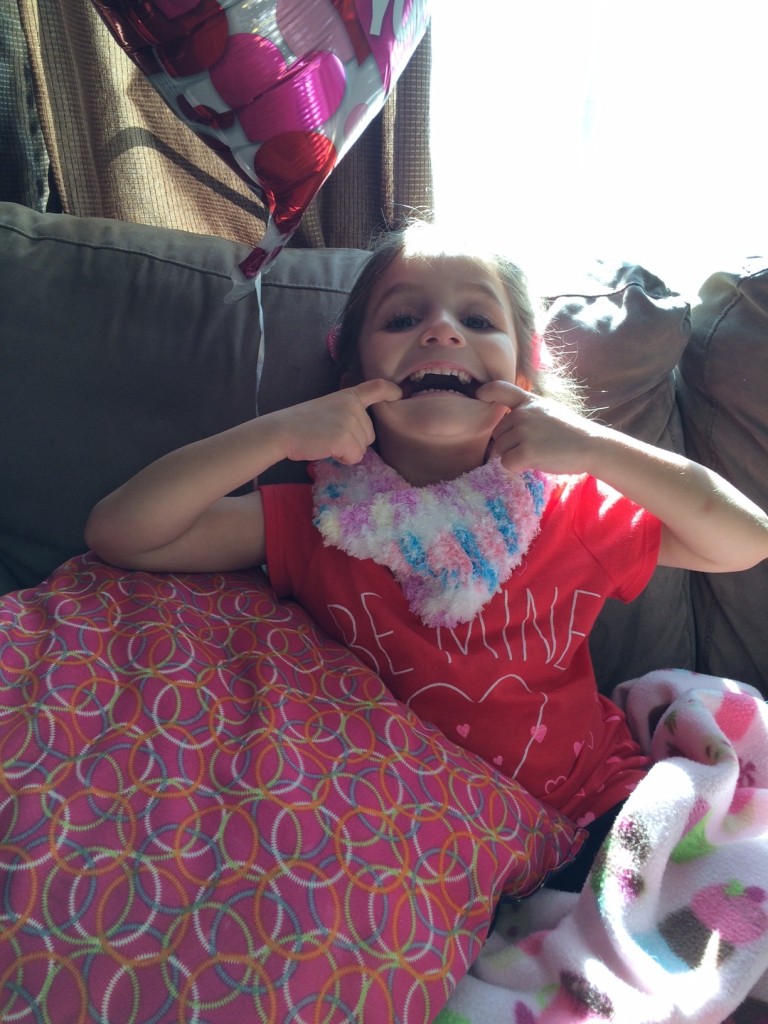 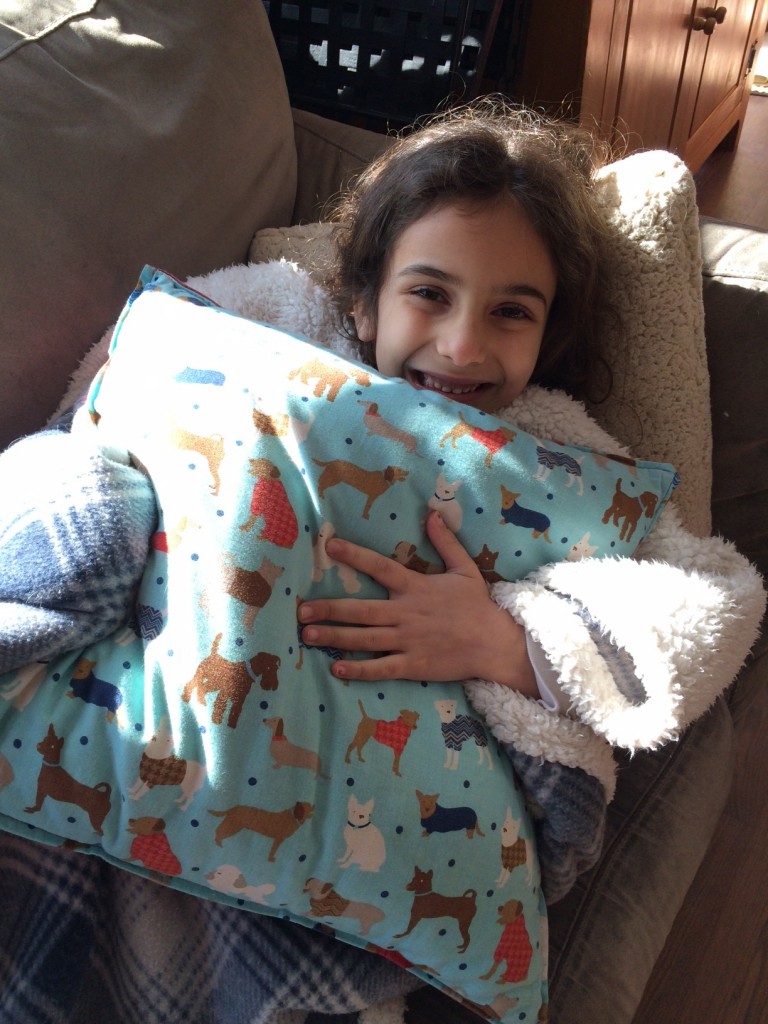 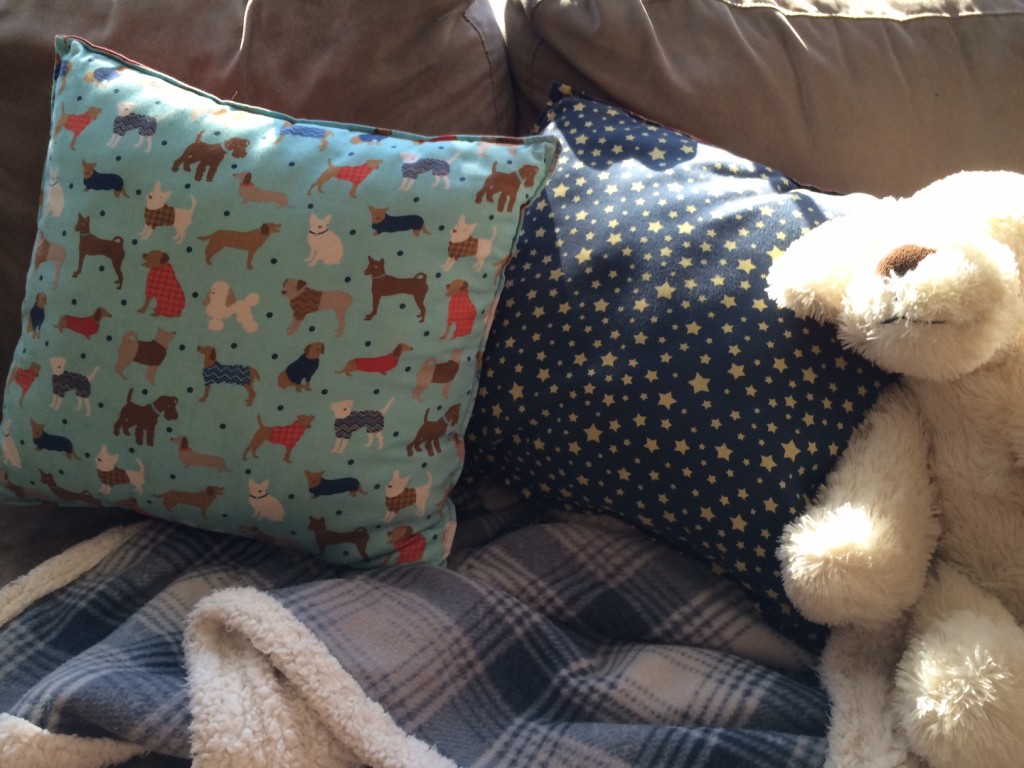 I have finally learned to use a sewing machine! I can’t believe it! All I’ve learned so far is a straight stitch but that’s enough to make me happy! I haven’t had a chance to make anything yet other than fabrics of squares and a little purse for my daughter’s doll ( I wanted to take a picture of it, but I can’t find it!). I am planning on attempting to make the girls some simple clothing for their dolls! I do have lots of fabric swatches that I’ve had stashed away for the day when I do have time to sew something up. My mom is a seamstress and anytime I get an idea of what to do with my swatches I bring the idea straight to her and she executes it right away. I had a couple of old and boring throw pillows laying around and never wanted to spend the money on new ones because they tend to be a bit expensive! So I bought a bundle of fabric swatches at Walmart for about $10 to $13 dollars and had my mom sew up a couple of new pillow cases to cover my old pillows! It was like paying $10 for two new pillows! The swatch bundle usually comes with five, 18×21 inch fabric swatches. Somehow I ended up gravitating towards patterns that the kids would like! Everything I gravitate to these days have something to do with the kids! Now that I know how to sew a straight stitch I’m sure I can sew a new cover myself for the next old pillow laying around the house.

I unfortunately do things the same way my mom does…by eye! Good for me but not for you! I’m terrible at giving directions but If you know how to use a sewing machine I’m sure you know better than I do how to make these  simple pillow cases. Here is a tutorial I found if you’d like step by step instructions!

I asked my four year old if she could hold the pillow for me for a picture and as you will see below, all she wanted to do was throw it at me! As you can see while Lia is throwing the pillow, that I used two different swatches to create one pillow. Thanks Lia! 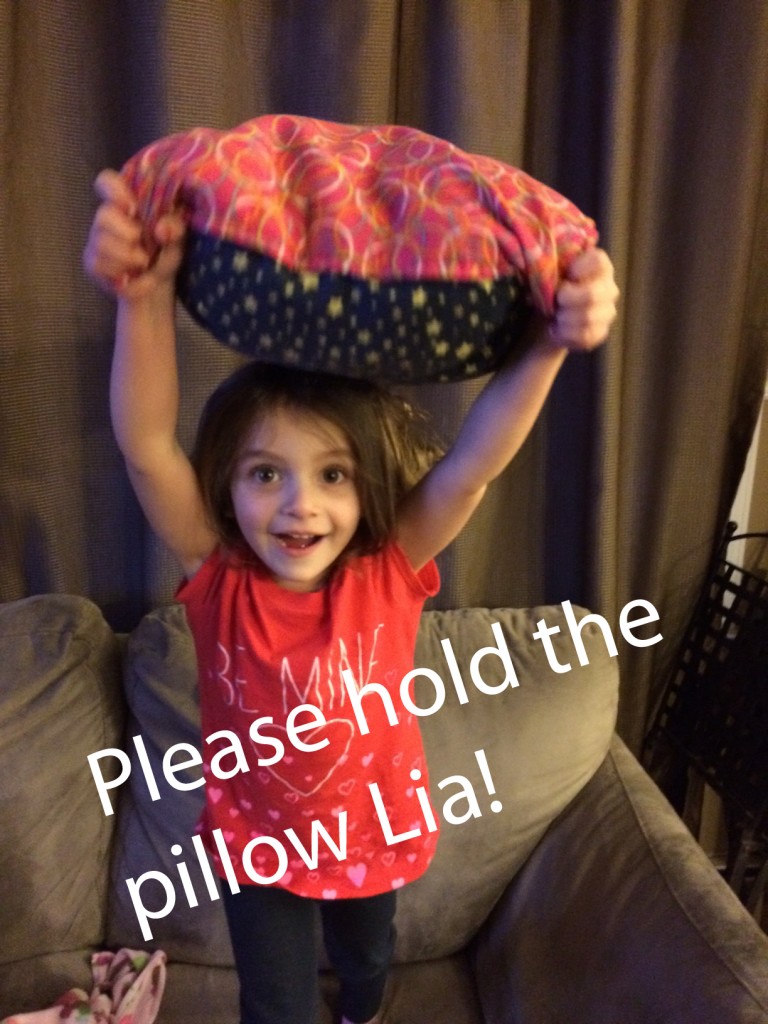 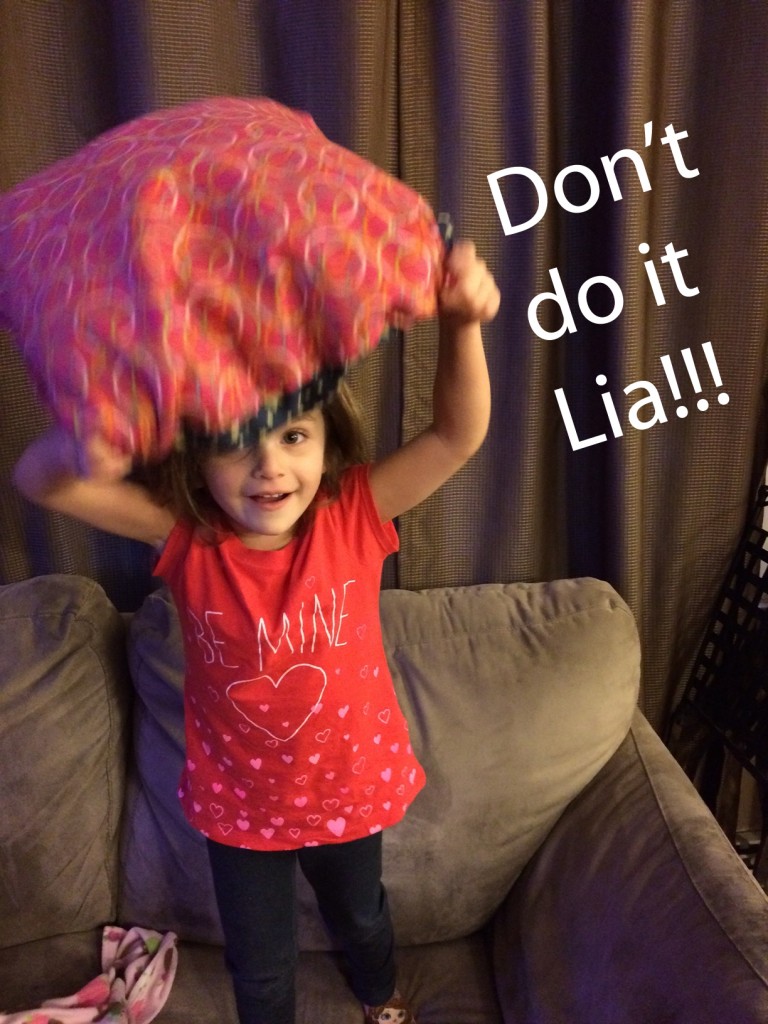 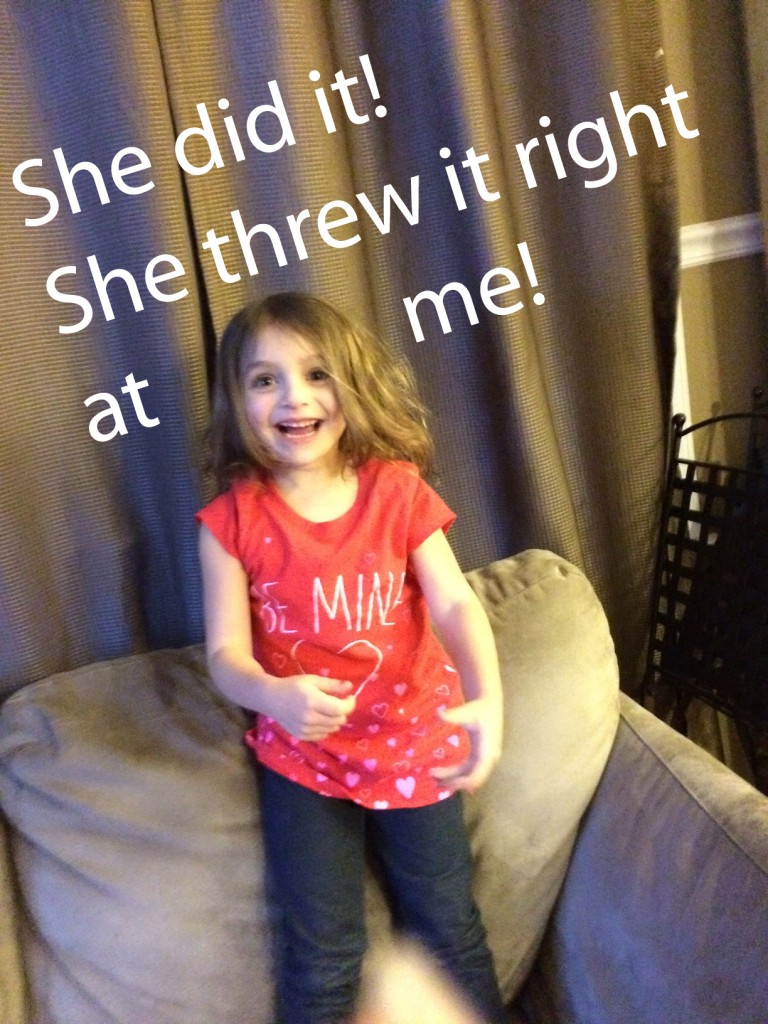